A Filly of rare beauty and quality. Siwar Al Shaqab is sired by the famous producer S.M.A. Magic One by Psytadel, out of Abha Myra (Marwan Al Shaqab x ZT Ludjkalba). She is half sister to nothing less than the World Champion Fadi Al Shaqab.

Siwar Al Shaqab is gifted with a powerful movement and a balanced body. Her extreme head and expressive eyes echo the strong infusion of Egyptian blood coming from her sire’s damline (Majidah Bint Pacha, by AS Sinans Pacha).

Siwar Al Shaqab's dam, Abha Myra, is one of the jewels bred by Marieta Salas of Ses Planes and now part of the Al Shaqab's breeding program. Abha Myra boasts a successful progeny as well as an enviable show record in three continents.

In 2018 Siwar made her show debut at the Qatar National, where she was named Gold Champion Yearling Filly. With an unforgettable elegance and carriage, Siwar is now ready for the European Season, starting from Menton alongside Giacomo Capacci. 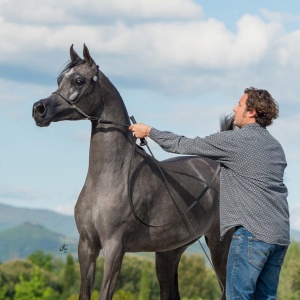 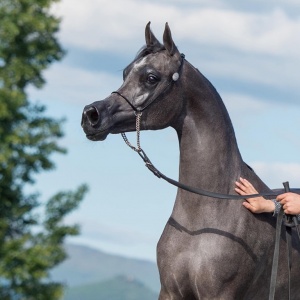 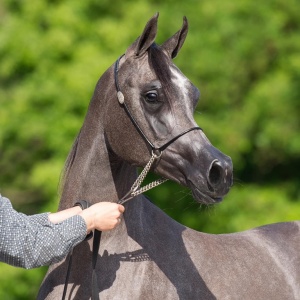 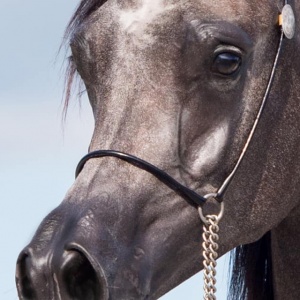