The source of passion for the Arabian Horse was a "coup de coeur" for Antoine and Chantal Rigat and, as luck would have it, it happened in Paris - the city of love. The Rigats visited the 2007 World Arabian Horse Championship out of curiosity and from the moment they first set eyes on the horses, they weren't able to stop thinking about them, because they are not just beautiful on the outside but on the inside too. Their love for the Arabian horse grew and has not faded since. But they already had a a passion for horses: Antoine used to ride and Chantal is licensed for cross-country, jumping and dressage. Both owned a racehorse too and she was the inspiration for the newly founded Arabian horse stud: De Cartherey. The stud farm is located in Auvergne, a historical regio in central France. Shaped by the Chain des Puys volcanoes, the architecture in its towns and cities glower with volcano stone. De Cartherey Arabians' successful stud started from very small first steps, using only the best bloodlines available. Chantal soon acquired special bloodstock and used the best stallions, like Eternity Ibn Navarroné-D, Marwan Al Shaqab, Ajman Moniscione, WH Justice, Shanghai EA and Emerald J, with fantatsic results.

Five mares are important to Chantal Rigat. The grey Wadi'ah De Cartherey, out of L'A Stefanja, was chosen to carry the first foal of rising start R'Adjah De Cartherey, the first homebred stallion. Wadi'ah is a valuable daughter of Eternity Ibn Navarroné-D, a glistening white stallion that captivated the audiences of international show rings. Eternity Ibn Navarroné-D is not only a double World Champion Stallion, but made a triumphant and powerful return as a veteran of 18 years to Paris in 2015 where he earned the title of World Platinum Stallion.

The pride and joy of De Cartherey Arabians has travelling worldwide and showing everybody his special beauty. Some of the competitions he's participated in included: 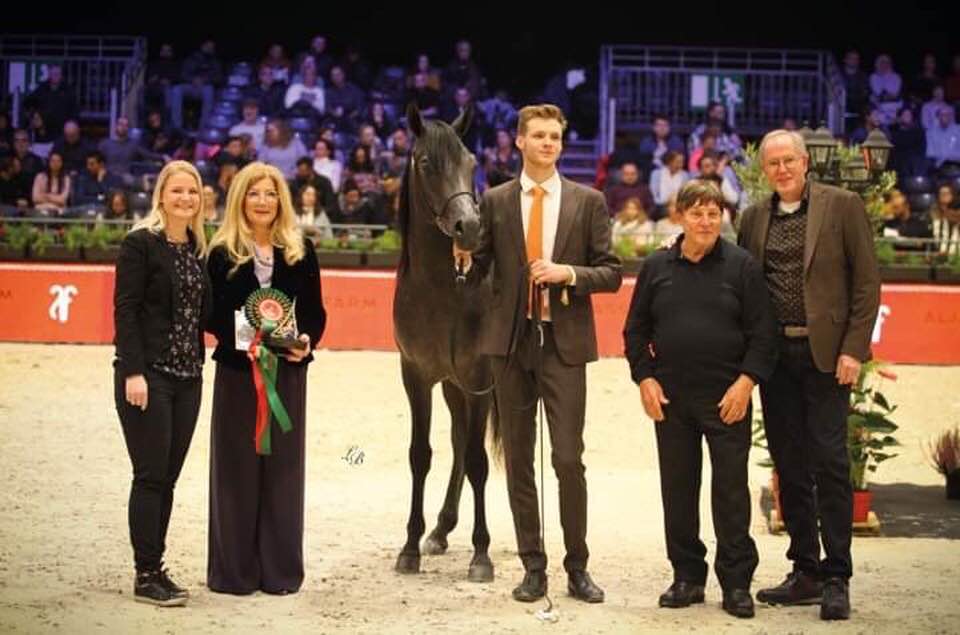 The first baby of R'adjah De Cartherey, MAHASIN DE CARTHEREY kicked-off the 2019 season with an impressive SILVER MEDAL in the Yearling Colts Championship at the Tulip Cup 2019. Congratulations! 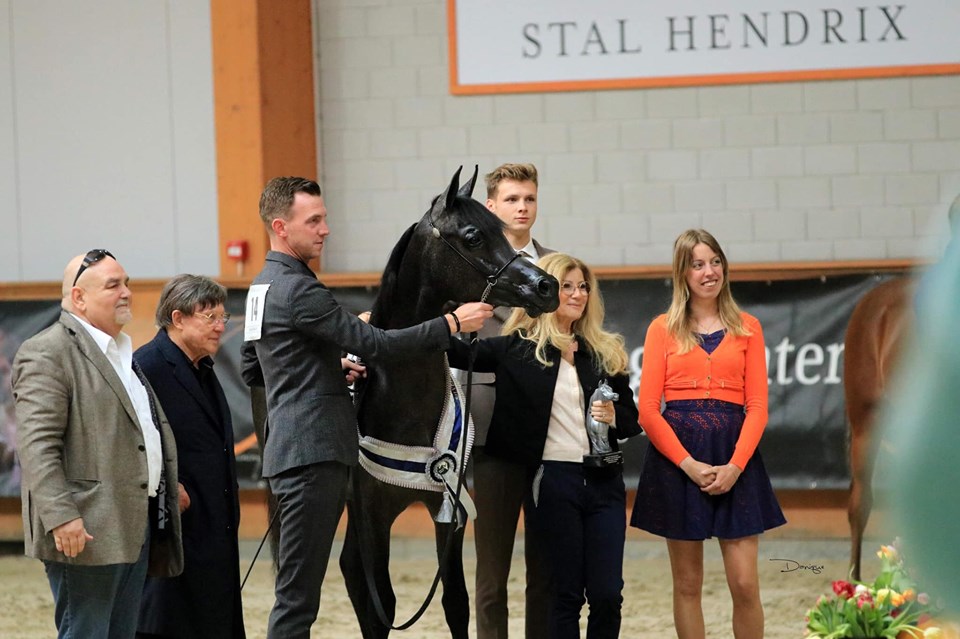 De Cartherey Arabians is happy to announce the birth of:

Best of luck for the future!

This first baby of R’adjah de Cartherey competed at his first show and he seems to be very promising: he was awarded the GOLD MEDAL FOAL MALE at the Vichy International Arabian Horse Show B 2018! Let's see what the future holds for him!

The Multiple Champion R'ADJAH DE CARTHEREY devoted himself to the reproduction: his first products were born in 2018 and others are expected for 2019.
He took advantage of this year far from the show rings to start a career where he can express his fantastic, light and powerful movements. He made his first Ridden Class competition at the Nations Cup ridden by Edfje Appelmans.

Congratulations to De Cartherey Arabians on leasing FADWA AA, from Ariela Arabians. This three-year-old grey filly is by thr World Champion Stallion Fadi Al Shaqab and out of Donya Jamal, a daughter of the great sire Nader Al Jamal, out of Aroussa by Al Maraam.
Fadwa will be shown this year by Mr. Tom Oben, who made this collaboration come together. Good luck!