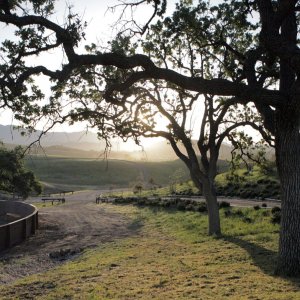 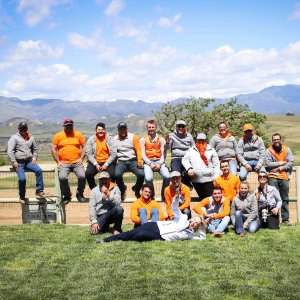 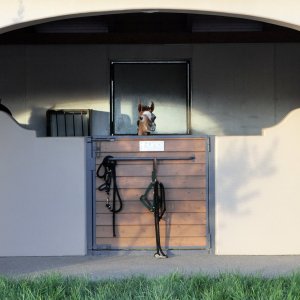 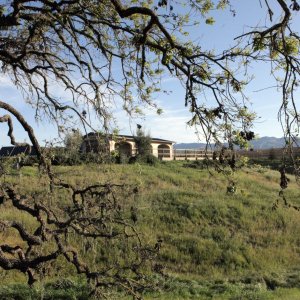 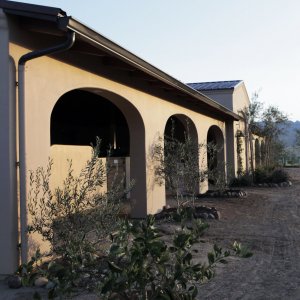 Sheikh Jassim Bin Khalifa Al Thani’s journey with the Arabian horse began around a decade ago and the 2011 World Champion Mare victory of CR Jasmeenah (WH Justice x Fforget Me Not) was clearly not the dip over the finish line, but just the leap from the starting blocks. The years after then have seen the swift and committed progress to creating a unique breeding program at the highest end of competition. The World Champion titles in Paris continued to flow for Sheikh Jassim: the 2013 World Champion Yearling Filly Minwah by Kahil Al Shaqab is already dam of 2019’s World Silver Champion Mona Lisa Aljassimya by Equator.  Two home bred champions Ghazwan Aljassimya, by Marwan al Shaqab and Mai Aljassimya (by FA El Rasheem ex RP Miss Surprise) were quick to arrive in the m middle of the decade Om El Aisha Aljassimya by WH Justice won World Silver Champion Mare in 2018, accompanied by her wonderful yearling son Arraab Aljassimya by Al Ayal AA who won the Silver title in his section. Some of these famous names have relocated to the new facility in Qatar, where Sheikh Jassim can see them every day and enjoy a personal touch with his own horses.  The main breeding horses are under the care of 100 Oaks Ranch LLC, in the hillside pastures of the Santa Ynez Valley, California. A consistent in type “Generation One’ of homebred broodmares,: can be found in California setting the template for an Aljassimya Farm “look”.  Many of the older homebred mares are by many by of the cornerstone WH Justice (Magnum Psyche x Vona Sher Renea) leased for three seasons as chief sire. Here you will also find the next generations for the farm’s breeding program, not only by high profile leases Al Ayal AA and Equator but by many outside stallions as well. The first WH Justice daughter to produce has been RP Miss Surprise who has created a dynasty single handed with fifteen champions to date by eight different stallions and her grandchildren are set to take the show arena by storm in the near future. Breeding programs are ultimately defined by their mare families and Aljassimya Farm has targeted several key influences, such as Saskia RJ through the foundation mare Annaiss and the Estopa family, particularly through her daughter Om El Shaina and her daughter Om El Aisha Aljassimya. The other two mares to have founded dynasties so far at the farm are Toscana PGA and Redwood Lodge Saffiqua. Aljassimya Farm also proved the worth of their first generations of home bred WH Justice stock in all spheres with several US National Champions, Reserves and Top Tens in Western and Hunter Pleasure awarded to both stallions and mares involved in the breeding program.

An important part of Sheikh Jassim’s dedication to the Arabian horse is a commitment to support Arabian horse activities by sponsorship and in particular to attract new audiences to the breed. A runaway success is the “Aljassimya Amateur Challenge" which is a series of shows across Europe designed to cater for amateur Arabian owners  and newcomers to the breed in both halter and performance classes.   Initially sponsoring just three shows in 2015 the Amateur Challenge now takes place across in ten different countries and has introduced hundreds of new handlers to the fun of the Arabian horse arena.  With  generous prizes that take competitors to see Arabians in Paris, California and Qatar as guests of Aljassimya Farm it provides a totally new concept for Arabian Horse Shows.

The spring of 2020 saw another original concept rise up in response to the pandemic. In collaboration with Arabian Insider four shows were held online while most of the world was in lockdown. Horses competed by not leaving home and sending in formatted video entries. The videos were judged live by a panel of international judges - all also located at home - using a judging app designed for the event. The shows were streamed as live TV programs with content and presentation by AI, all conjured up in the shortest of timeframes to entertain a large worldwide audience. With one US edition and three across Europe and Russia the Aljassimya Online shows truly brought the world together just as everything was falling apart. Aljassimya Farm has proved itself a truly global leader; both in breeding Arabian horses and for the people who love them.

On Aljassimya Farm's website, they only offer quality stock that can be a positive addition to other breeding programmes. Not all of their sales horses are currently on the webpage as they will be changing them regularly so please be sure to keep looking.

With yet again a brilliant collection of young contenders, AJF keeps showing the world the dedication and vision in carefully breeding, taking care and managing their horses.

Check out out the Menton achievements video here: https://www.arabianinsider.net/video-productions/aljassimya-farm-experience-menton-2021

Check out our 2 Gold champions from the KIAHF 2021: Aljassimya Farm have not attended any shows since the start of the pandemic but instead started the Aljassimya Online Show with Arabian Insider.
Visit the Official website of the Online Show to find out more about this initiative: https://aljassimyafarm.com/onlineshow/

A vision became reality. A farm based on the dream of breeding.
This is ALJASSIMYA FARM.

"Aljassimya is every little girl dreaming about when they grow up" R. Hopkinson

"This farm is built to show you a breeding program. To show you mares and babies in their natural state" B. Van Buggenhout

Our tribute to this unique farm for the Open Day 2017

Discover this new idea for the Arabian horse shows by Aljassimya Farm with us.

"Thank you to all the show organisers, all the participants plus Ronny Vosch and Rob Rens who tirelessly answer everyone's questions! Next year we hope to welcome more participants so please share this idea with every European Arabian horse enthusiast who has ever wanted to show their own horse. Halter, ridden or trail we offer not just another competition but a way to fully enjoy your horse, learn new skills, meet like-minded people, and potentially win a trip to Paris...or even California. What's not to like!?"

ALJASSIMYA FARM - A JOURNEY TOGETHER

Thanks for working with us. It's been an year full of great emotions.
Now it's time to start an even better 2018.
Greetings from Arabian Insider

You are kindly invited to the ALJASSIMYA FARM OPEN HOUSE 2018

Please RSVP mdeannkelly@gmail.com for any of the events.

ALJASSIMYA FARM: The Farm & The Team.

The symphony of Aljassimya Farm is created by its founder Sheikh Jassim Bin Khalifa Al Thani, but it takes a whole orchestra of people playing their part to bring it to life.
We would like to present a celebration of that orchestra in an interview we made at the Open House in April this year.
From the bass of deep knowledge and experience to the treble of youthful energy and enthusiasm, everyone has to play in harmony for the symphony to be heard as it was intended.

We hope you enjoy a look behind the scenes with us.

Thank you to all the show organisers, owners, handlers, riders, trainers, teachers and helpers. 2018 was a great year with new countries, new participants and a Paris guest list of old and new friends! Congratulations to the winners of the California tickets Jo Cooper, Jose Esteves and Anna Matthews.

We welcome new applications for 2019 in any European country.